A warning: If you are reading this and you own a Ferrari, you probably enjoy driving it very much. Unless you also have $225, 000 ready to spend, don’t go drive the new 458 Italia. Because if you do, you won’t like your car anymore.
Ferrari has finally unveiled its replacement for the F430 with the much-anticipated 458 Italia.  The announcement of the new Ferrari 458 Italia, the successor to the current Ferrari 430 model, representsa giant leap forward in design, technology and environmental efficiency for the Italian automaker. A two-seat berlinetta, Ferrari calls its 458 Italia “a completely new car from every point of view: engine, design, aerodynamics, handling, instrumentation and ergonomics.”
2011 Ferrari 458 Italia’s power comes from a 4.5L V8, which is the first Ferrari direct-injection engine to be mid-rear mounted. It delivers a total of 570-hp at 9,000 rpm with a maximum torque of 398 lb-ft at 6,000 rpm – over 80 percent of which is available from 3,250 rpm. In plain English – that is stunningly fast. Mated to a dual-clutch 7-speed F1 gearbox, 0 to 62 mph comes in just 3.4 seconds with a top speed of over 202 mph. Wondering how many miles per gallon you’ll get with the 458 Italia? Ferrari estimates average fuel-consumption at 13.7 l/100 km, which is 17.1 mpg on our side of the world.
Posted by J. Trading Corporation at 12:50 AM No comments: 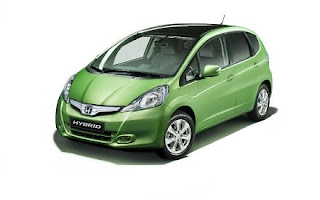 Just the Facts:
TOKYO — Honda will put pedal to the metal in Japan next year when a new and bigger range of hybrid models will land on the market.
Joining the CR-Z and Fit Hybrid on the scene will be a hybridized version of the Freed, Honda's quirky small domestic van. Honda will also introduce a stretched wagon version of the Fit hybrid for domestic consumption, according to sources. The front half of the body will be stock, but overall length will stretch by more than 2 feet.
The Fit hybrid wagon is expected out in March, while the Freed hybrid will arrive later, around fall 2011.
The redesigned Civic Hybrid, to be unveiled in January at the 2011 Detroit Auto Show and tipped to be the first Honda hybrid to get a lithium-ion battery pack, will be another 2011 debut, but Japan, in fact, might not get it.
Having announced the end of Civic sales in Japan and with that longer Fit hybrid wagon in the wings, Honda may feel that it doesn't need the new Civic Hybrid in Japan anymore, not even as an iconic stand-alone model.
Honda will also have the Insight  to fall back on, of course, and the good news there is that that to-date lackluster model is due for a major revamp next July.
Toyota will counter with a hybrid version of the new Vitz (Yaris) and Mazda is promising a face-lifted Madza 2 with the automaker's new Skyactiv G gas engine that can achieve hybrid-type economy without the weight and complexity of battery and motor.
Add it up and, although the technology is light and compact, Honda's IMA hybrids have yet to truly catch on and/or frighten Toyota, the market leader. So will 2011 at last be the turning point for Honda?
Posted by J. Trading Corporation at 5:53 PM No comments:

J. Trading Corporation
Jtrading Corporation is a Japanese company with many years of experience in exporting used cars, motorbikes, trucks and heavy equipment to many countries worldwide. Our procurement systems help you to find the best choice for your deal in terms of price and quality for Right and Left hand drive. For more information access our page at http://www.jtrading.net/